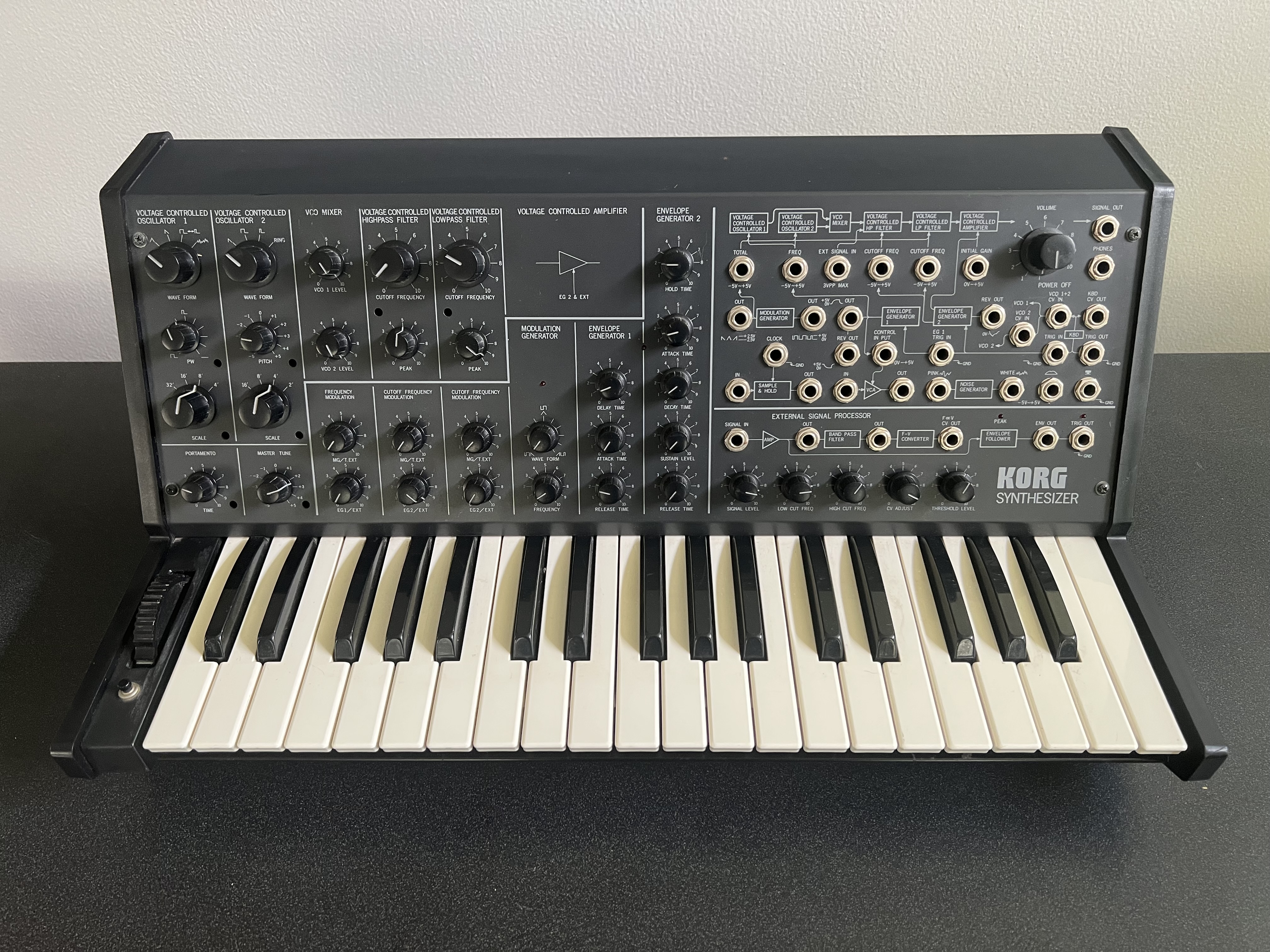 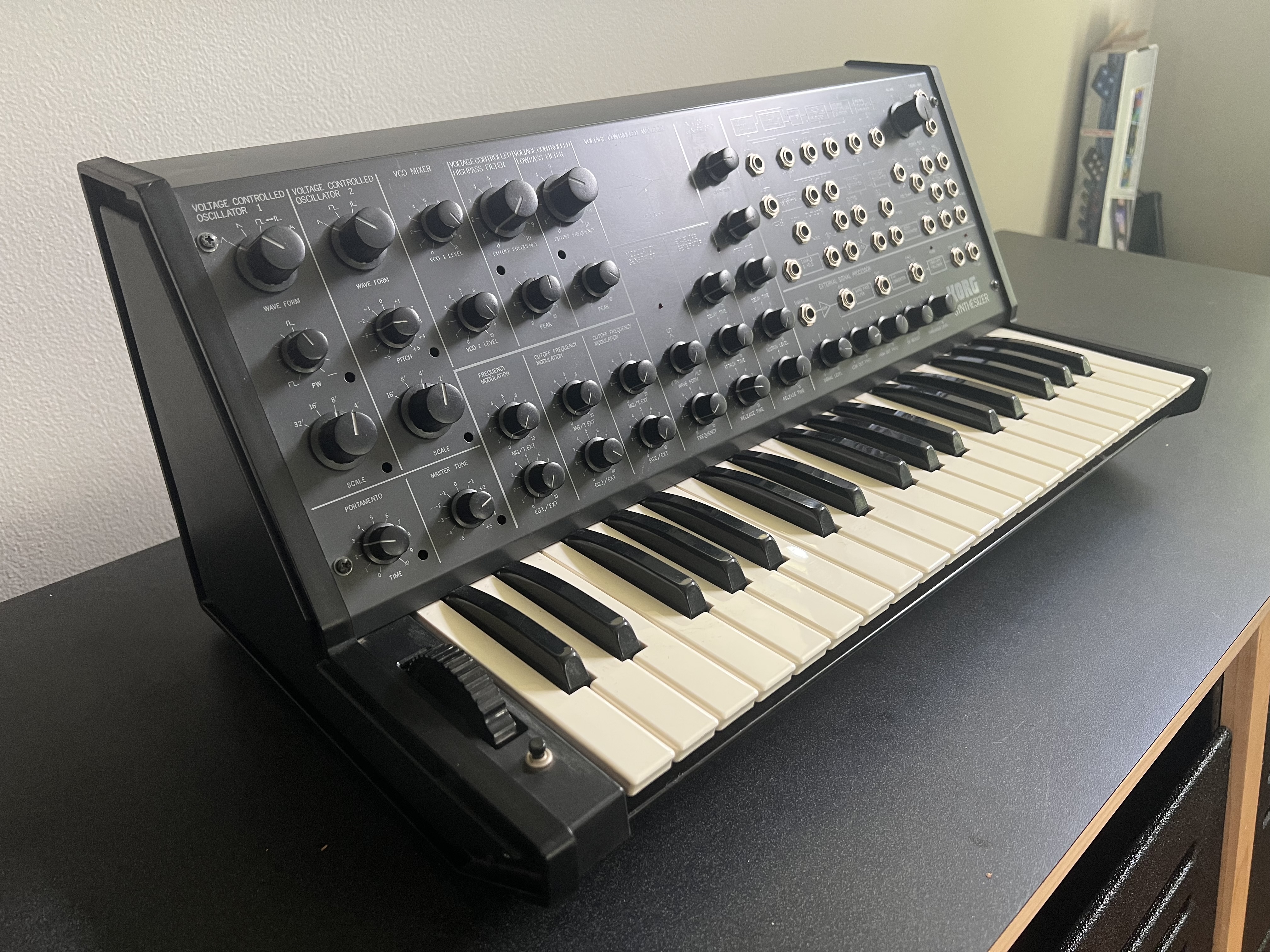 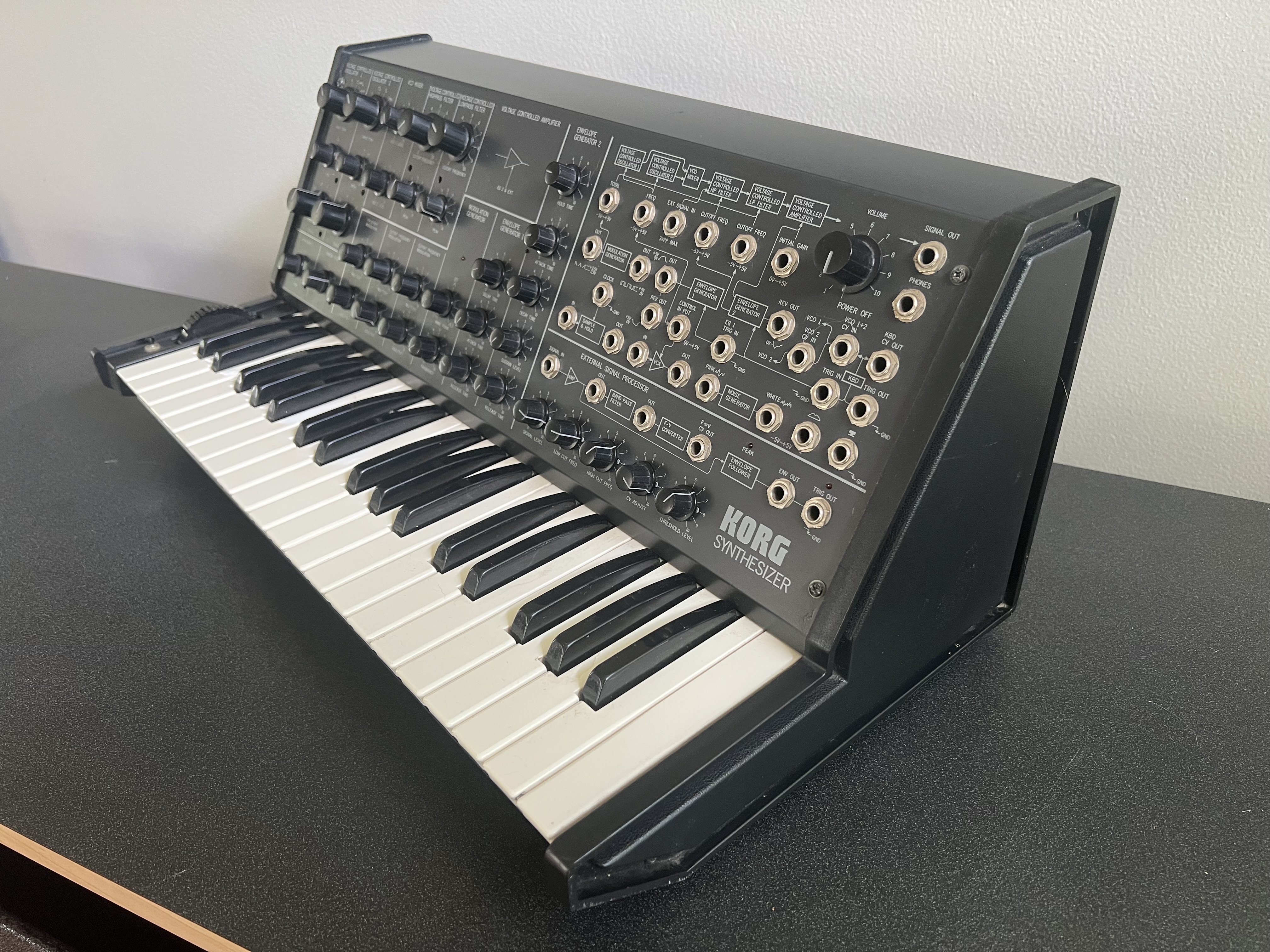 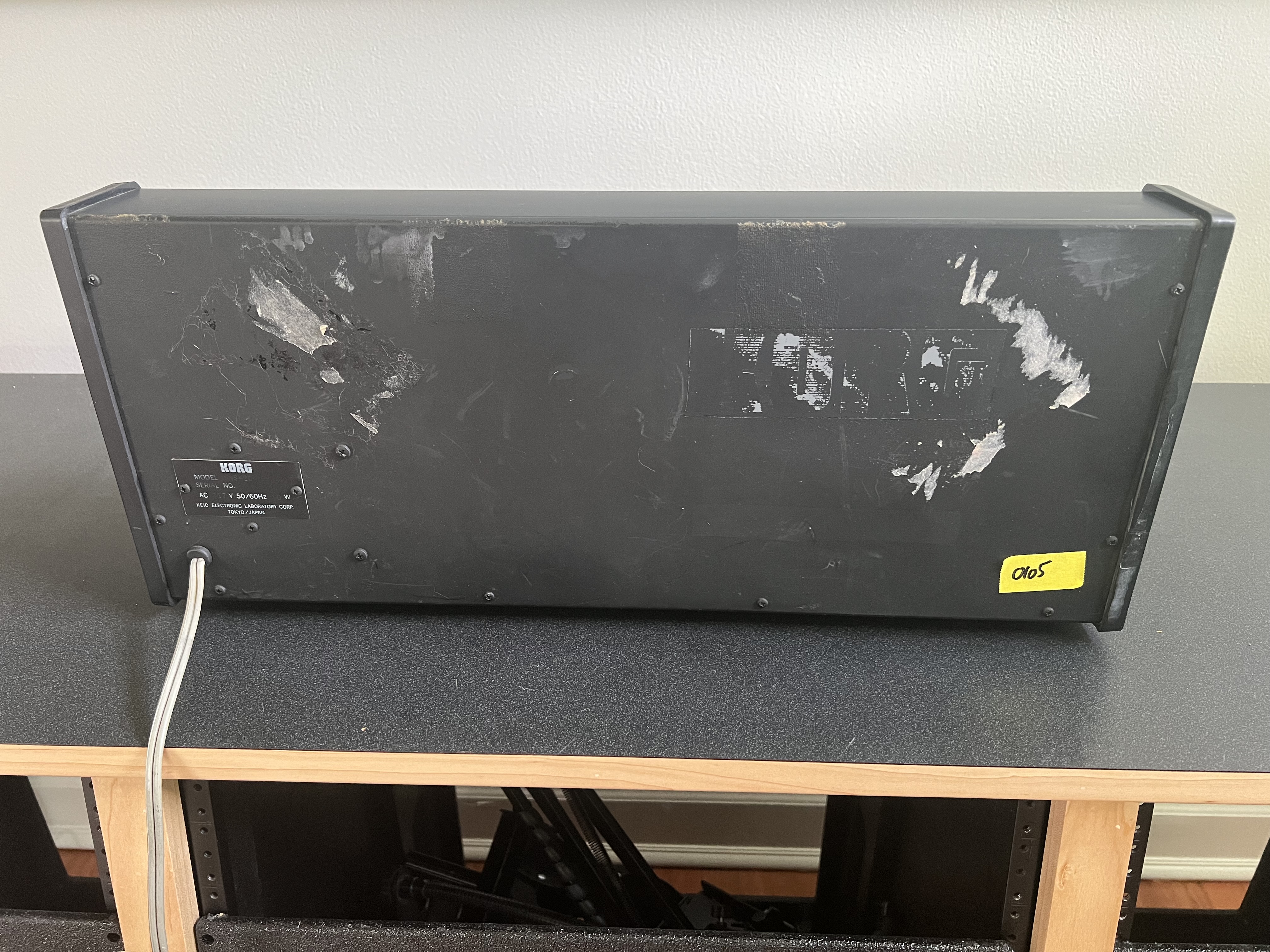 Works fine, looks great from the front, a bit tatty from the back though.

The Korg MS-20 is a patchable semi-modular monophonic analog synthesizer which Korg released in 1978 and which was in production until 1983. It was part of Korg's MS series of instruments, which also included the single oscillator MS-10, the keyboardless MS-50 module, the SQ-10 sequencer, and the VC-10 Vocoder. Additional devices included the MS-01 Foot Controller, MS-02 Interface, MS-03 Signal Processor, and MS-04 Modulation Pedal.

Although the MS-20 follows a conventional subtractive synthesis architecture of oscillators/filter/vca, its patch panel allows some rerouting of both audio and modulation, and it includes an external signal processor. This flexibility led to its resurgence during the analog revival of the late 1990s.