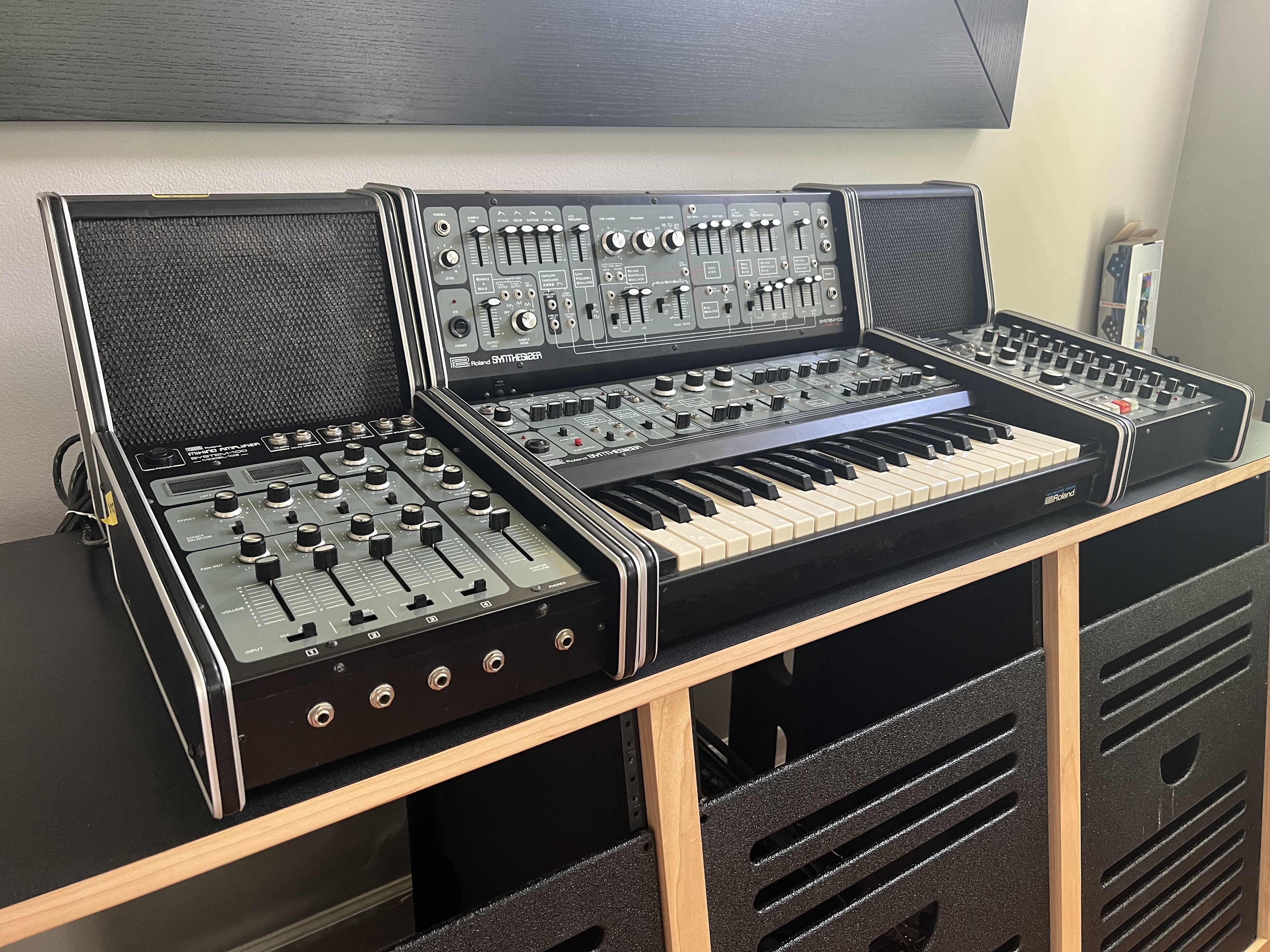 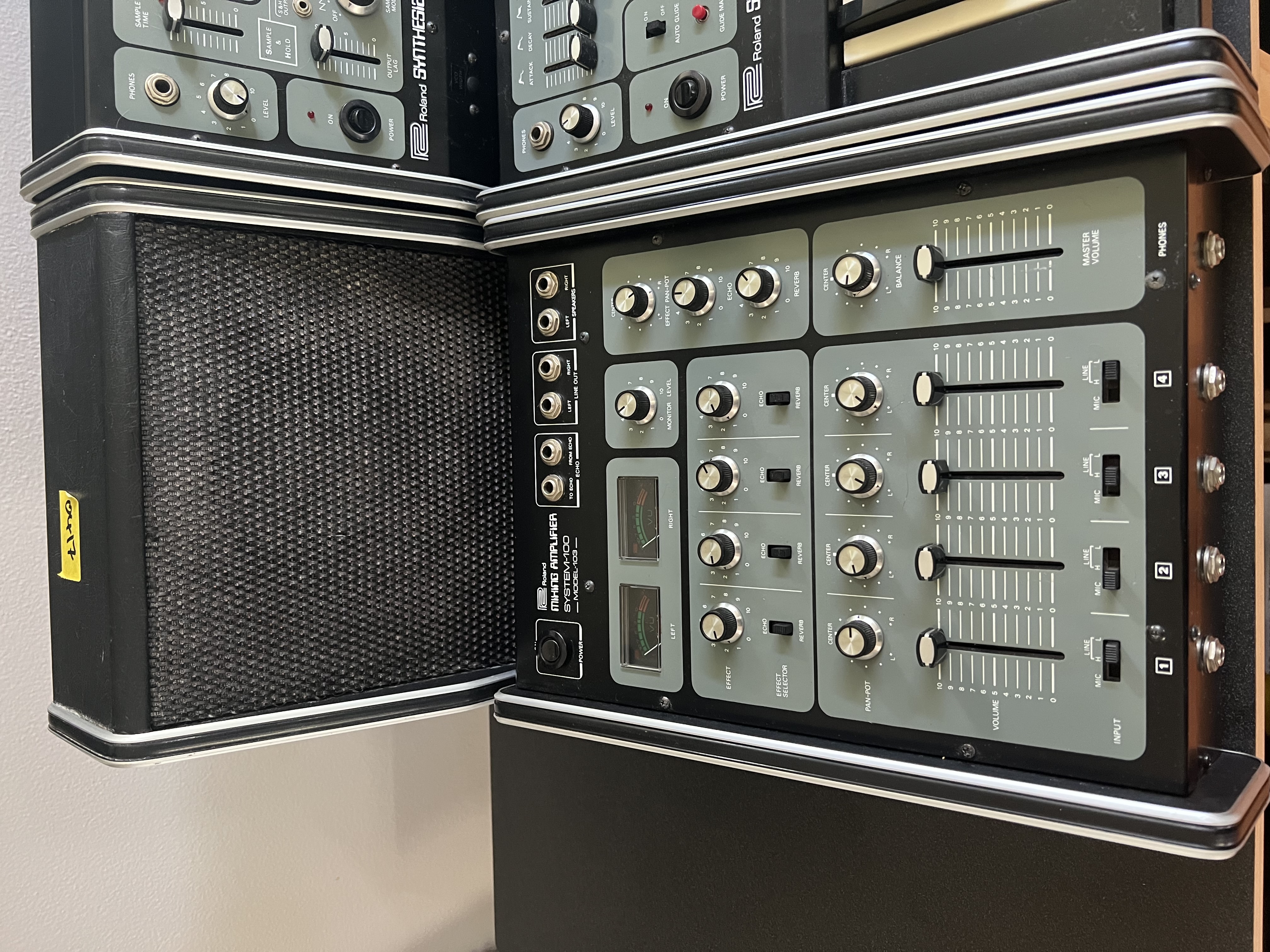 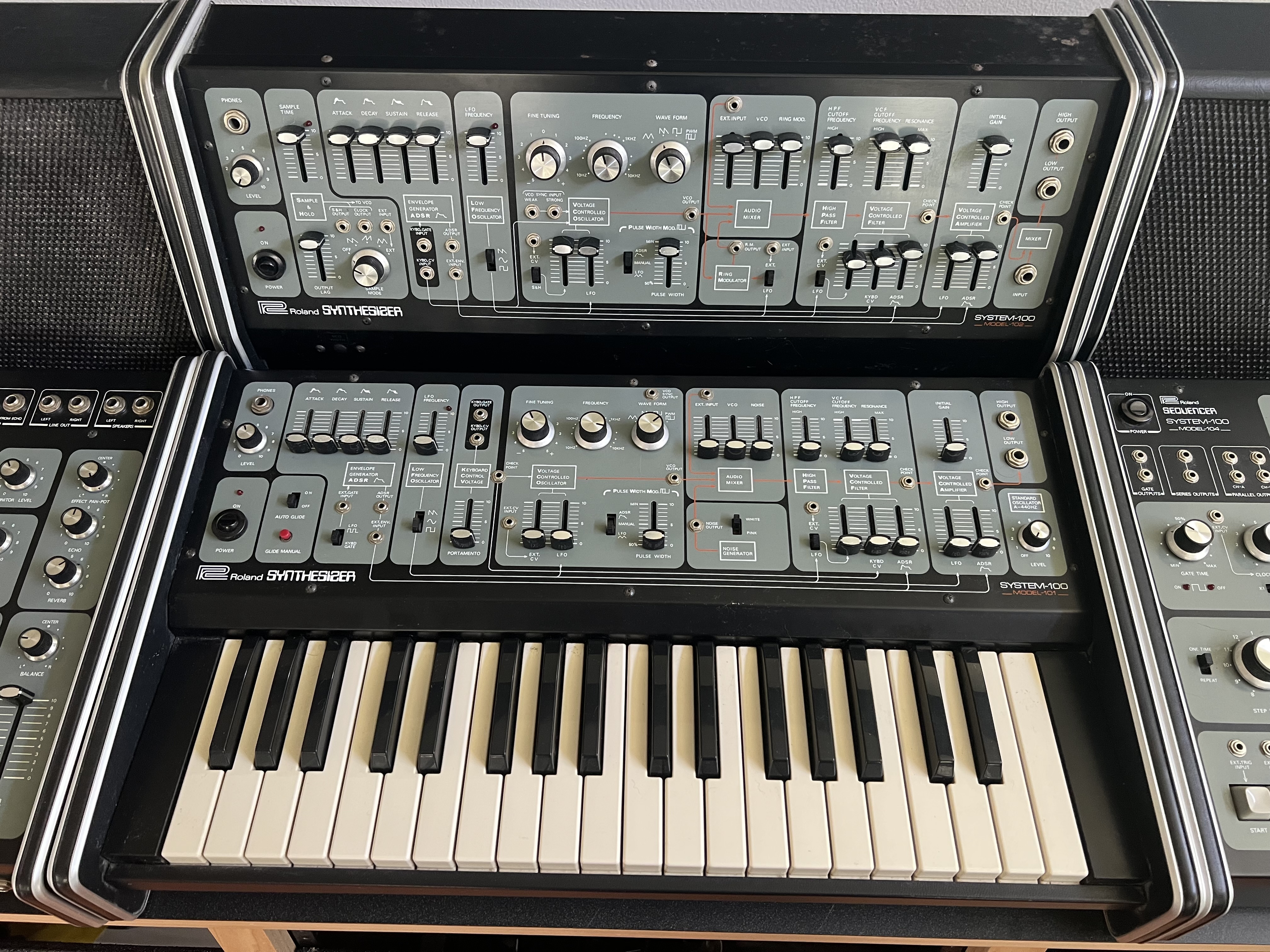 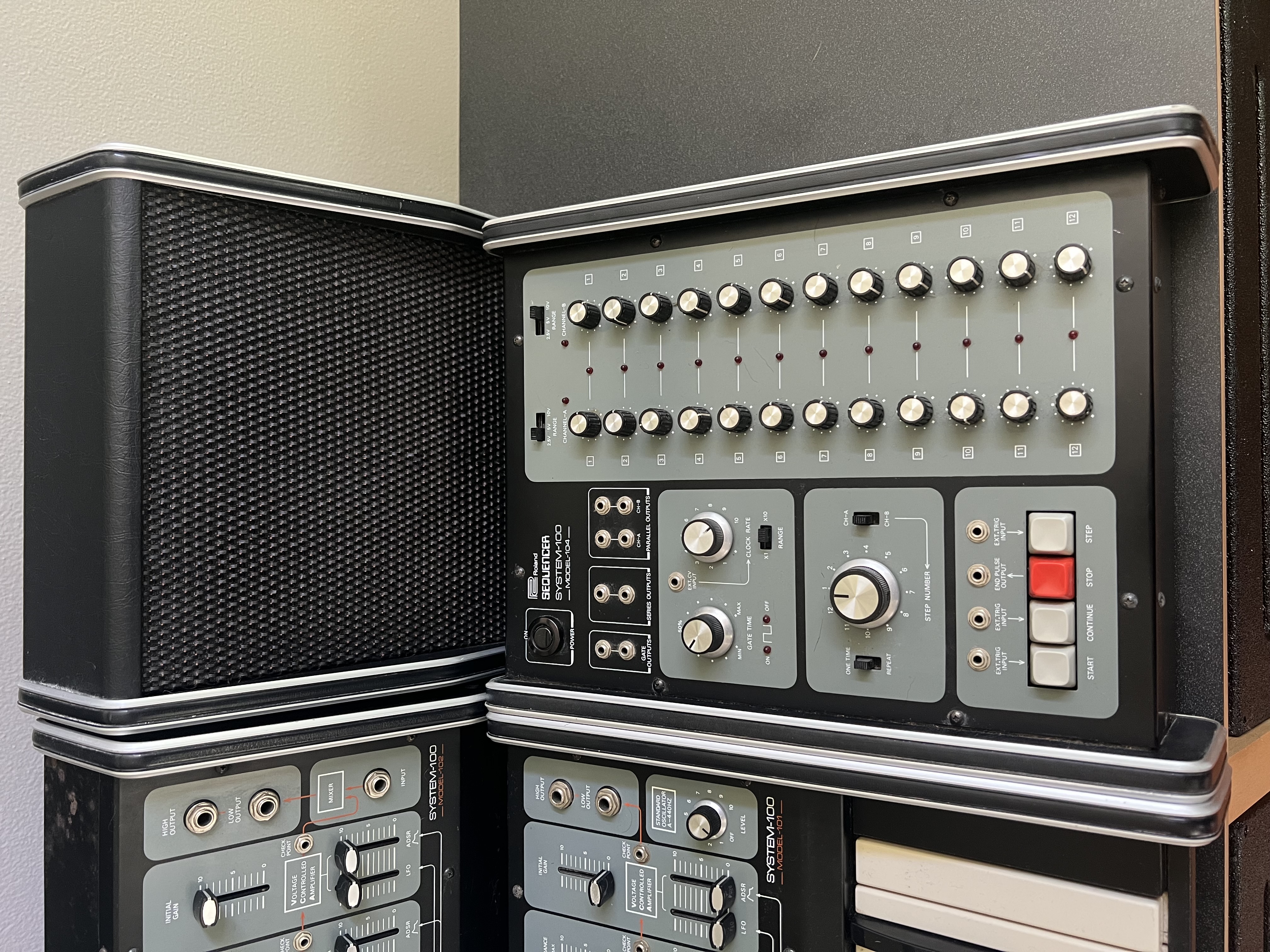 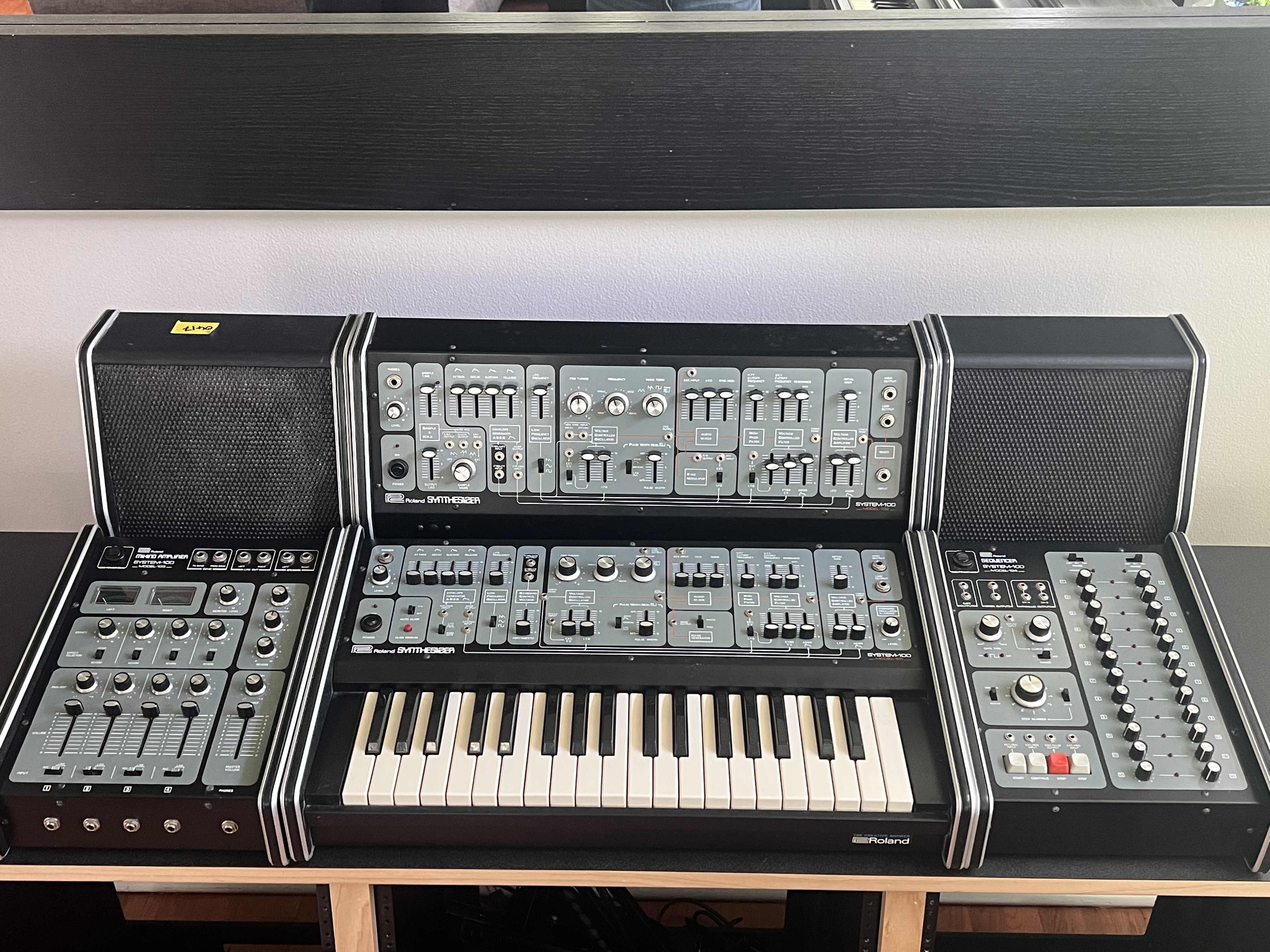 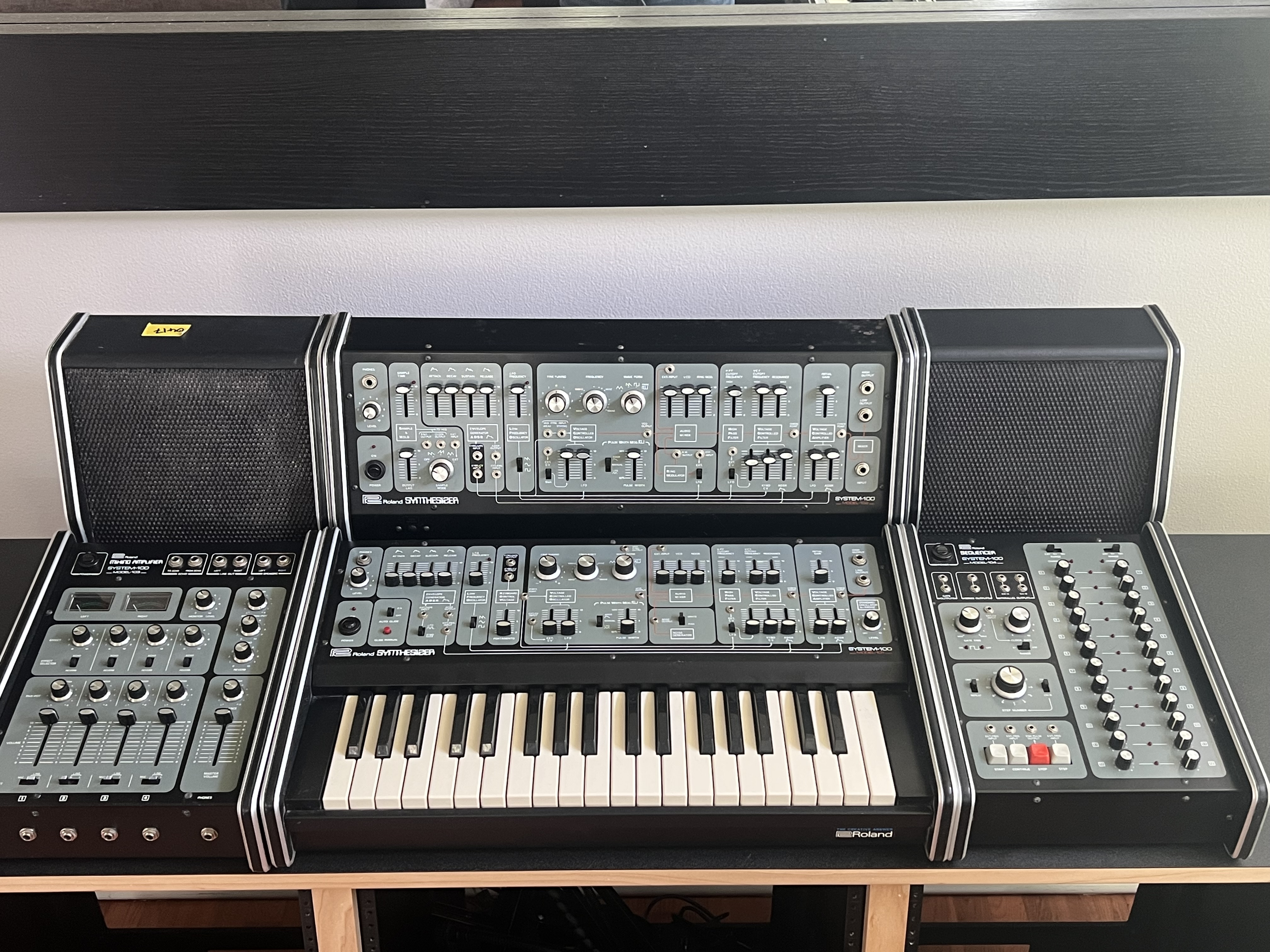 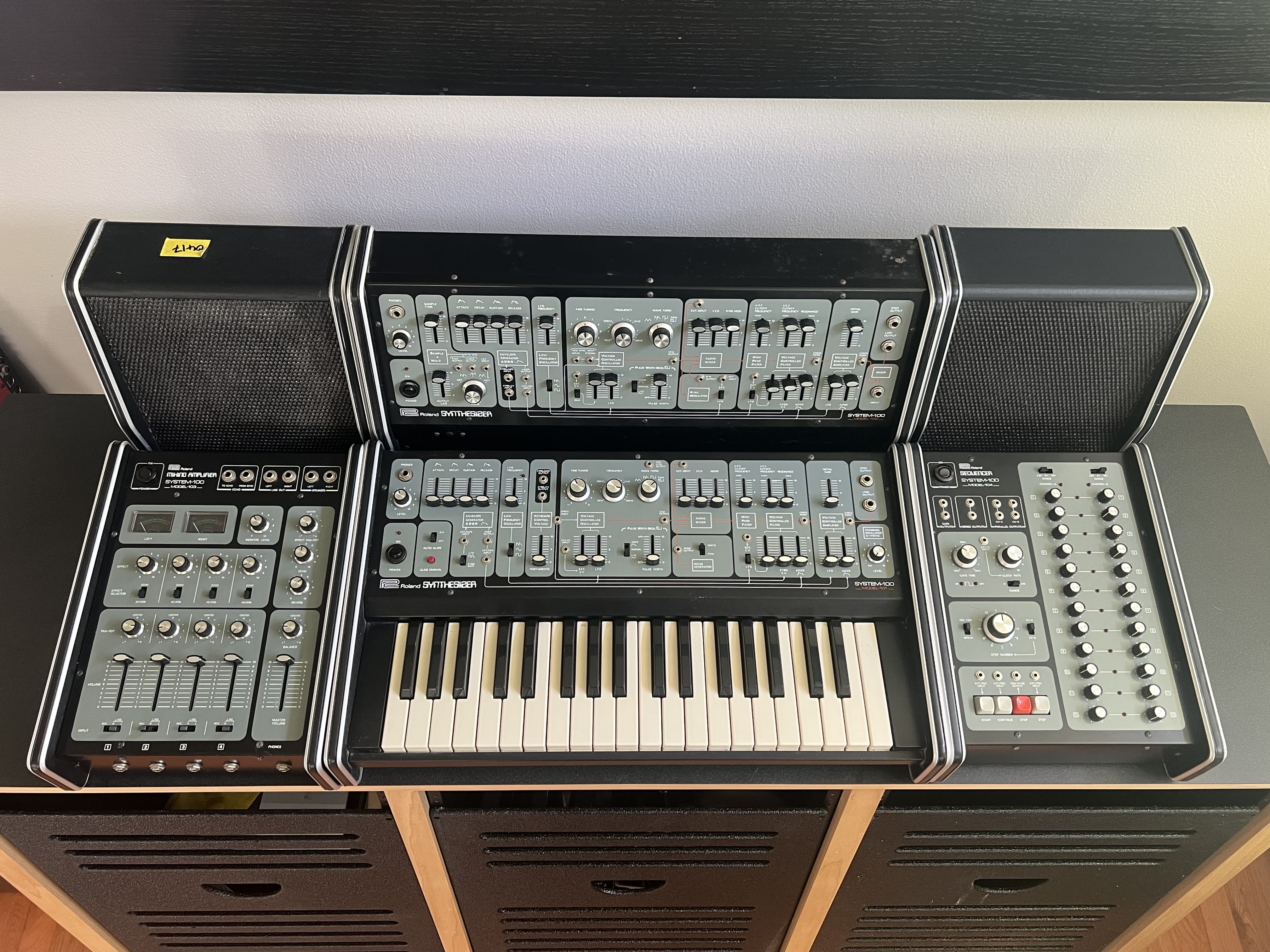 A complete Roland System 100 setup.
Comes with the original and ULTRA rare speakers.
In lovely condition.

Expander 102 The same synthesizer again, without the keyboard, to be stood up behind the 101 and patched into it in order to double its features. In addition, a ring modulator and sample and hold are included.

While the System 100 was not fully modular, unlike the later Roland System-100M and the Roland System 700, a complete system nevertheless formed an expandable two-oscillator monosynth with sequencing, monitoring and effects capabilities. Each unit was independently powered, so complex patches wouldn't cause either oscillator to drop in pitch. Uniquely for the time, the System 100 didn't "lock in" the oscillators to fixed footages or pitches, allowing greater flexibility for sound design. It uses the 1V/oct standard, so can be used with a MIDI-to-CV converter.

The System 100 is still sought-after due to its filter, sequencer and patching capabilities, though the oscillators can be unstable at the lower frequencies, and the keyboard is prone to mis-triggering and double-triggering if not used regularly. Generally, however, it is a robust and reliable system. The SH-5 and SH-7 are similar in styling, but both have fixed signal paths, as opposed to the semi-modular System 100.